A Detailed Chronology of Che Guevara 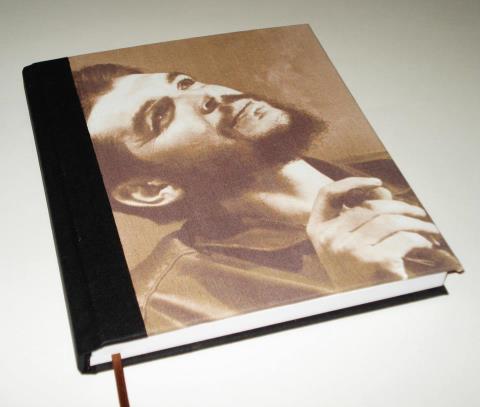 He left for Chile and Peru with his friend Granado. Guevara lived for a short time in the leper colony of Huambo. Then he continued his journey to Bogata and later to Caracas. He finished his studies in medicines. After that, he left for Bolivia with another friend, Ferrer. They planned to go to Venezuela, passing through Peru and staying for some time in Guayaquil, Ecuador. They met others Argentinians and decided to go to Central America. They travelled through Panama, Costa Rica and Guatemala. There, Guevara met Hilda Gadea, whom he would marry with later, in Mexico. Guevara got in touch with Peruvian exiles.

Invasion of Guatemala against Arbenz’s goverment

Guevara had to escape to Mexico, where he met Cuban exiles.

1955 July;
He met Fidel Castro. Who told him about his plans to invade Cuba. He joined the group and started his military training. December 18,
the 12 survivors started the first guerrilla in the Sierra Maestra.

By the end of the year, the war in Cuba entered the decisive stage. Guevara was requested to make the journal Cuba Libre in the mountain range.

Che is declared Cuban born. On June 2, he married Aleida March. From june till august, Che travelled through Africa, Asia and Yugoslavia. On October 7, Fidel Castro named him head of the Industry Department in the Agrarian Reform’s National Institute. On November 26, he is named president of the National Bank.

Published under the responsibilty of the Rebel Department’s Instruction Deparment. Its first edition is censored all over Latin America. On July 26, during the First Latin America Youth Congress, Che defined the Cuban revolution as a marxist one. In October, he wrote “Nota para el estudio de la revolucion cubana” (“Notes for the studies about Cuba’s revolution”), in which he reviewed the revolution’s stages. From October 21 to Febrary 1961, he traveled to the socialist countries (in particular, to China, Czechoslovakia and the USSR) as part of a commercial delegation. 1961 On February 23, he was named Minister for Industry and he quit the National Bank’s presidency.
In April, he wrote “Cuba, caso excepcional o vanguardia en la lucha contra el imperialismo” (“Cuba exceptional case or avantgarde in struggle against imperialism”). On april 17, Playa Giron was invaded. Che was the commander of the military regions. August; Che represented Cuba in the CIES meeting in Punta del Este (Uruguay). He made a short trip to Buenos Aires and had a secret meeting with the Argentinian president, Arturo Frondizi. Then he traveled to Brasilia, where he was decorated by Brazil’s president, J. Cuadros, with the Cruz del Sur order.

1962 October
The Russian rocket crisis obligates him to take his military place in Pinar del Rio.

1963 June
Che sent Masetti and a group of Cubans to organize a guerrilla in the northern region of Argentina. He wrote “Pasajes de la guerra revolucionaria” (Revolutionary war passages”). In December, he spoke in front of United Nations’ Assembly and he refered to the armed struggle as the only way to realize socialism. He travelled to Mali, Guinea, Ghana, Dahomey and Tazania.

He went to Peking.
On march 25, he made a speech in Ginebra in the Global Conference of Commerce and Development. He continued traveling to Paris and Algeria, where he got in touch with Ben Bella. On November, he visited Moscow for the third time, On december 11, he made a speech and replied to the United Nations’ General Assembly. On December 17, he left New York for Algeria via Canada. He met Ben Bella again, and on december 25, he travelled to Mali.

He moved to Brazzaville, Congo
Where he discussed the anti-imperialistic struggle in Africa with president Alphonse Massemba Debat. Then he went through Guinea, Ghana, Dahomey, Algiers and Paris, where he received the news about Masetti failure. In Febrary he travelled to Tanzania and he took part in the Second Afroasiatic Solidarity Economic Seminary, in Algiers. On march 3, he got in touch with Congo’s rebels again. He made a secret trip to Peking.

On march 12, “El socialismo y el hombre en Cuba” (“Socialism and man in Cuba”) was published, in this book Che exposed his new man’s theory. On march 14, he went back to La Habana. In april he gave up all his official positions and his Cuban nationality in front of Fidel Castro. In July, he secretly travelled to Congo through Cairo. On october 3, Fidel Castro showed the letter where Guevara had given up his nationality and his charges of Minister and Commander.

1966 March, he had to leave Congo and went back to Cuba.
From March to June he travelled through Uruguay, Brazil, Paraguay, Argentina and Bolivia.

1967 On March 23, the guerrilla defeated the Bolivian army in their first unexpected battle.

On april 10, the guerrilla triunfed again. Regis Debray and the Argentinian Ciro Bustos left the camp. They were caught by the army on april 20 and so was the journalist George Roth. On May 14, the Bolivian forces took the Nancahuazú guerrilleros’ camp which, just before,had been evacuated. On October 8, the battle in Quebrada de Yuro took place. The following day, the Bolivian goverment announced that Che had been executed. On October 15, Fidel Castro officially accepted Ernesto Che Guevara’s death.